Thursday 4th
I had to pop down first thing to collect a boot scraper for an order.  When I arrived home, there was a telephone order for another one !

Fred called in, having made today a pseudo-Wednesday.  He and Ray had been working on the siphon restoration at Winchcombe.  While Fred and I were nattering, Maurice nipped out and grabbed his biscuit.  Fred volunteered to help with boot scraper manufacture on Saturday.

Friday 5th
I just popped down to finish off the four boot scrapers (two of which are already ordered).  JC called in because he's lost one of his vacuum reservoir connectors, and wondered if he had given Gilbert two by mistake.  There was some confusion because (I discovered later) Gil had left it sitting on the cab steps!!!  ….and it wasn't there now!  … but on Saturday, there it was with the other brass bits!!
How did that happen?  (photo shows brass connectors: water, steam heat & vacuum between loco and tender).  Bruce spotted it on Wednesday, and took it into the TPO for safety. Feeling that Maurice was not receiving the best of diets, I decided to take him one grape and three chocolate raisins, for a change.  I took an apple (for me) and cut off a small bit just in case Maurice likes apple.  Does he like apple !!!  While JC was here, Maurice nipped out and snaffled the piece of apple!  As this appeared to be his preferred of the options, I put down two more pieces, and sure enough - they vanished PDQ!

Saturday 6th
I began the day by selecting some 16 rail chairs at Winchcombe, and leaving a pile of 10 for Fred to pick up, while I took 6 in my car over to Toddington.  It was so cold, that the chairs were welded to the ground, and when I prised them up and lifted them into the barrow, my glove became welded to the chairs too, much to the amusement of the P.Way chaps!  Fred had a trailer, so could carry more.

John and Alistair has responded to my plea for help making boot scrapers, and when I arrived at Todders, Alistair had already volunteered to do painting (as he's had recent experience at home) and John was attacking the chairs with the needle gun.  The gun was clearly not up to its usual self, struggling to beat the rust.  We discovered the problem - ice in the air line!

Fred had also responded to my plea, and when he arrived with his 10 chairs, he & I took over from John on cleaning rail chairs - Fred doing the wire-brushing and me doing the needle-gunning.

Alistair began by applying the primer coat to the 9 chairs that I had been working on since Wednesday.  Then he turned to the chairs that Fred & I were cleaning - Alistair having the pleasure of painting their bottoms.  As we couldn't keep up with his painting speed, Alistair also sanded and painted 10 brushes.

John, meanwhile, was supervising Gil in carrying out measurements on the valve slide mechanism, having discovered that his first set of results (last week) were inconsistent.  The two of them then tightened the LHS cylinder front cover.  They cleaned the two valve connecting links  and inserted the offset pins. 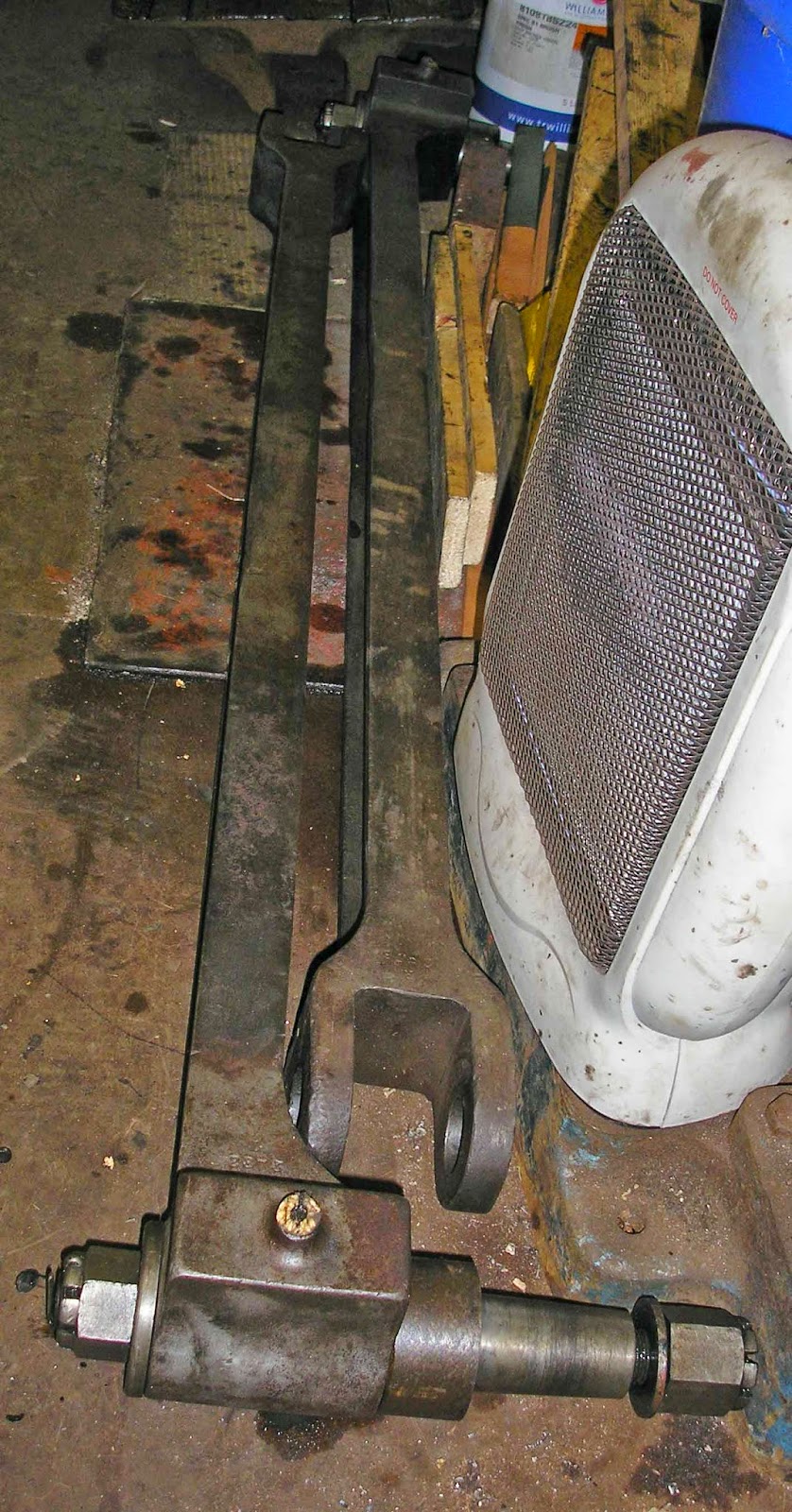 By end of play, we boot scraper team had finished up with 9 primed in green and a further 15 with black bottoms - a fantastic achievement!  I was truly grateful to Alistair, Fred and John for coming to my rescue. 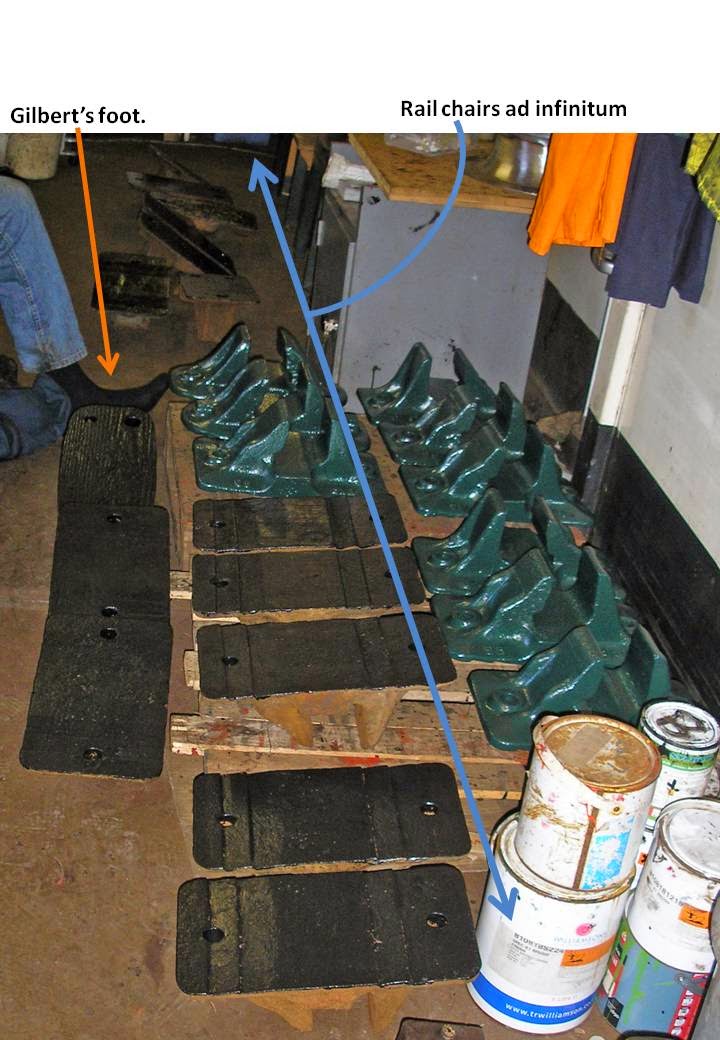 Call me a tease, but following Maurice's obvious liking for apple, I put down the core of my one from lunchtime - let's see him drag that into his home !!!

Sunday 7th
I did pop in, but only to restock the Winchcombe station café.

Hopefully, the valve piston rings will be completed this week, and we can reassemble the loco.