Well there's good news and not so good news. The good news is that 2807 hauled the train for the Armistice Centenary event at the railway on the 18th November. The event was universally well received and we are proud that 2807 was able to play her part. The significance of 2807 to the event is that during WWI she hauled “Jellicoe Specials”, the coal trains running from South Wales to the Grand Fleet at Scapa Flow. For the occasion a massive poppy was attached to 2807's smokebox. 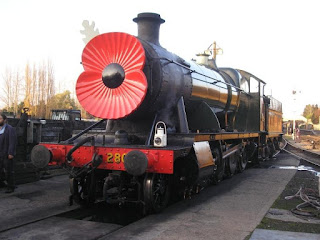 But just a week later, the not so good news. Just to remind us all that running steam locomotives is difficult and unpredictable, 2807 was failed on the 25th November. The symptom was a very unusual exhaust beat and lack of power. The first thought was a broken valve ring. After taking out both of the valve spindles, it was clear that none of the rings were broken. 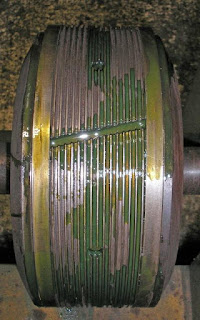 So what was the problem? The next assessment was a lack of lubrication to the valve cylinders, causing deposits between the rings. The lubrication system was thoroughly examined and adjusted. After much cleaning, the valves were refitted. By this time it was 5th December. A test was carried out the following day.

But the problem was still there. A few days later a number of people had come to the same conclusion. That it was probably a piston ring (not valve piston ring) that had broken. As this has happened to 2807 before we know of a relatively easy test. The remnants of the ring usually end up in the body of the drain cock. And sure enough, it was full of bits of ring. What this meant was that 2807 was out for the remainder of the season. 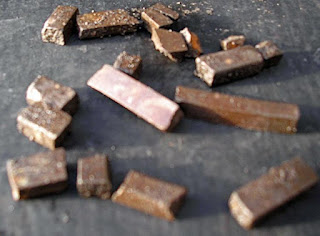 While the valves were out, the valve cylinders were measured. The wear is sufficient to need a re-bore. So over the winter we'll re-bore the valve cylinders, re-cut the (main) piston head grooves, and fit new rings to all. While this is a significant piece of work, it was planned in for the 10-year heavy general overhaul anyway, and so all we're actually doing is bringing this forward. Our sincere thanks to the numerous people in the steam loco dept. who helped during this period.

This means that we have a busy few months ahead, but there's no reason to think that 2807 won't be ready for the start of the 2019 running season.