No. 2807 started the 2019 season well, if a few weeks late. But on April 7th she was failed with a hot coupling rod bearing. The team got to work, and after removing the connecting rod and the offending coupling rod, discovered that the lubricating oil passage was blocked. This of course meant insufficient oil reaching the bearing surfaces, hence the hot bearing. 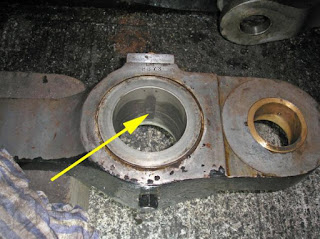 By the end of Wednesday the 10th, the oil passage was unblocked, and the rods refitted. On Saturday the 13th, 2807 was supposed to double-head with 4270 to make sure all was well. But unfortunately 4270 was failed with a broken spring so 2807 took the service train alone. The run was successful and the bearing temperature was normal.

Some of the drivers had reported that the brake vacuum was sticking at 19in of mercury, when it should be reaching 21 in. The suspicion was that the vacuum piston rod had become worn to the extent that the glands were not sealing. Measurement of the rod diameter found a difference of 40 thou along its length. This can be looked at during the heavy general overhaul next year, but for now the gland was tightened, and the brakes were adjusted so that the vacuum piston rod does not have to move as far. 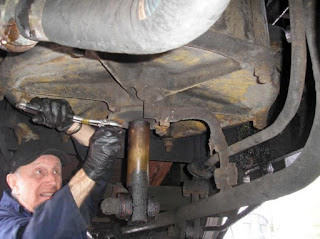 Towards the end of April there were reports of a cracked spring. At the next opportunity this was replaced before it broke, because a broken spring triggers a loco failure (as for 4270 earlier). The crack was very small and so our thanks to the drivers who spotted it. 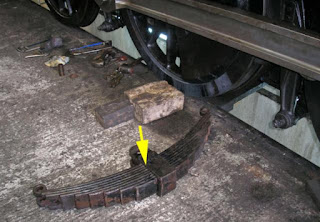 There were the usual array of minor issues to resolve, many involving valves that were not sealing and needed lapping-in. A washout was completed just before the steam gala, along with fitting our spark arrestor equipment. 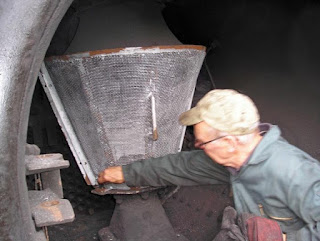 And our 'workshop' received some attention. The workshop is actually an old shipping container. This is the GWSR's preferred option for providing working space. Loose rust was removed from the roof and a coat of bitumen paint applied.

In between times, the team have had to work hard at the boot scraper production line because so far this year, on average, one has been sold for every railway operating day. 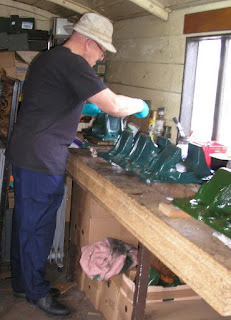 Since our team works twice a week, sometimes we need to complete two or three (or more) at a time just to keep up with sales.

(for more information on our boot scrapers, visit our shop)