This is going to be a big year for 2807. This is the year when the heavy general overhaul, that we've been talking about for quite a few years, starts to happen.

We're not particularly concerned about this (did somebody say “famous last words”?) because as a team we've built up considerable expertise over the years, and we're surrounded by people who have done this before and will give us advice when we need it. And not having done something before didn't stop us achieving the previous milestones, so let's do it again.

I'm pleased to say we have a plan. I kept hold of the plan when we completed the restoration (I was project manager then). So it's been updated to reflect an overhaul rather than a restoration, and Gilbert has split the work between teams so that things should be happening concurrently once we get going. I say once we get going, but by the time you read this it will have started. The last two operating days for 2807 were 31st December and 1st January. Withdrawal followed on 2nd January and work started the same day. In fact some things had already started. Last winter we completed some work on the valves and cylinders. That was originally planned to be overhaul work, but an opportunity arose to carry out the work early, so we took it. And, during 2019, we contracted Ian Carpenter to build us a new ash pan, ready for when the boiler overhaul work is completed. 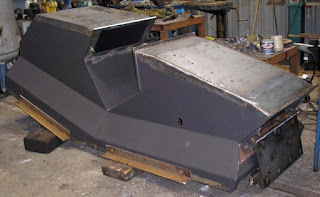 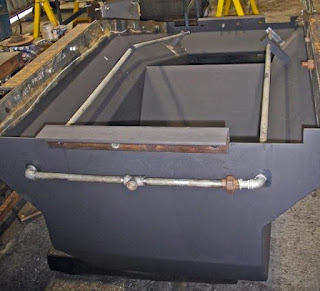 I'm sure you're aware that the biggest piece of work to be completed is usually the boiler. It's usually the biggest piece of work because certain things have to be done each overhaul (new tubes for example), and there may be a lot of other work to do. We won't know how much other work is necessary until the boiler can be examined and tested. The other reason it's the biggest piece of work is because it requires suitably qualified people to work on it, which means the volunteers can't do it. And this means it's going to be expensive. What we do know though is that, following a tendering process, Riley and Son (E) Ltd of Heywood, Lancashire will be completing the work. It is anticipated that the boiler will be transported to Heywood mid-2020.

We believe that we have the finance for the things that we know about and which must be done, and also the things that it makes sense to do at the same time. But additional finance will assist in two scenarios. One is that we discover significant additional work that needs doing. The other is that we wish to shorten the duration of the overhaul by contracting out more of the work.

It's worth mentioning here that our main source of income is steaming fees. During the overhaul there's no steaming, and so no fees. If the money runs out then the overhaul will stop until sufficient funds can be raised (by other means) to complete the work. What we need is a steady flow of income other than steaming fees. We already have a very loyal group of supporters who always come up trumps when we need them. If you would like to join this group, then please take a look at the pages on this web site where you will find information about ways to help, and the benefits that brings.

No. 2807 has now completed its last few days of running prior to heavy overhaul.  The overhaul is likely to take a few years, so here's some photos from the 1st January 2020 to remind us of what we can expect on 2807's return. 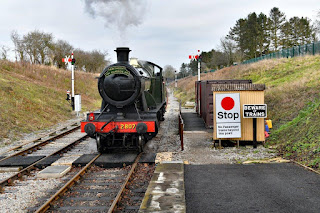 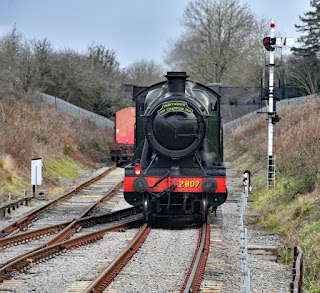 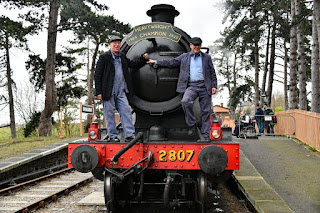 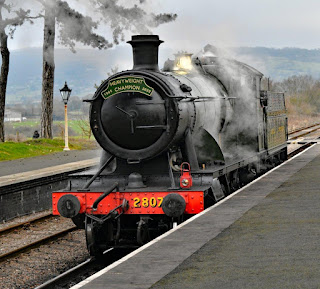