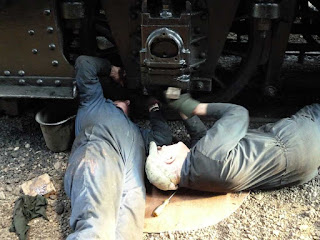 Just a thought. Would Llangollen have checked these units when they borrowed and finished off the tender for their Stars and Steam event in I think it was 2008, when they also painted it in BR Black and discovered it was the very same tender that went into Woodhams Scrap yard with their own 38 loco. Stu F.