Due to family commitments and the recent arrival of Rowan (my daughter's second child), I have been unable to spend much time at the railway.  However, I'm trying to catch up:

Saturday 13th
Colin wrote:
"I went down to the siphon today (Sat).  I had not been down for a while; I was quite impressed with the progress made.  The outside that has had the final colour applied looks great and will only look better as more coats are applied.

I first painted the last slats on the good side with an undercoat. They are very odd things to paint, as the paint slides down the slope, so you paint one bit and find in a couple of minutes there are drips all on the edge of the slats.  But when they are done they look good.  Some will need replacing in the future I think.

I then filled some more nail holes. I'm sure someone is punching some new ones, as they seem to breed. Afterwards I cleaned and painted some more of the inside roof on the bad side. It's all looking good.

Fred was getting the wood ready for the floor replacement by the door and reinforcing one of the cross pieces that hold the doorframe square - a good day and a little more progress."

Meanwhile, Bruce, David, Gilbert, Mike & John were at Todders.  J, G & M weighed the loco*. They then weighed the tender, but discovered vast discrepancies on either side.  Puzzled by this, they went away to contemplate or cogitate. 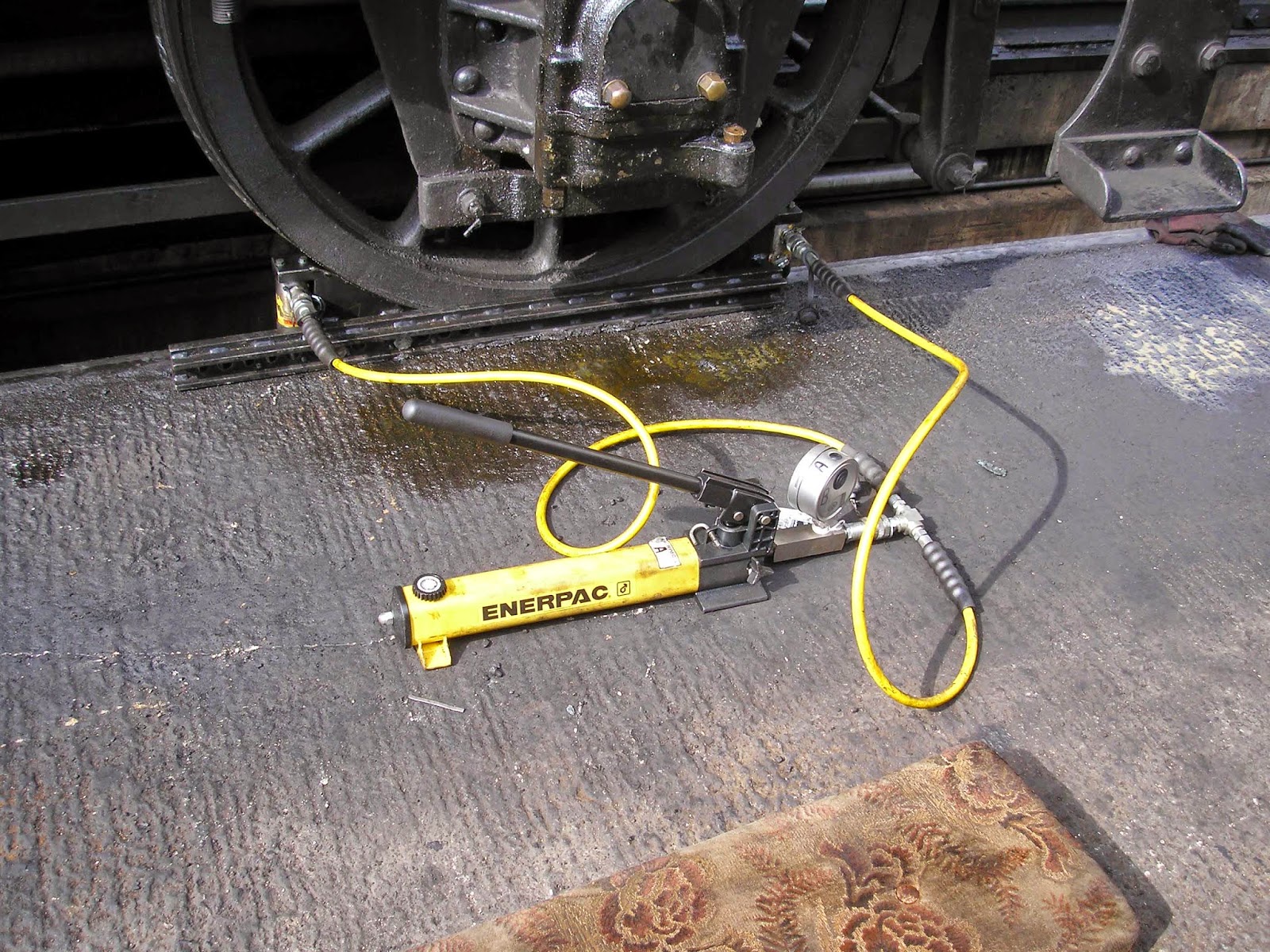 D & B started on the screens for the damper doors.  These are a stated requirement by NYMR to allow us to run on their line.  In fairness, we have set light to some sleepers in the past …  so these are designed to allow sufficient air in, but not allow red hot / burning cinders out. 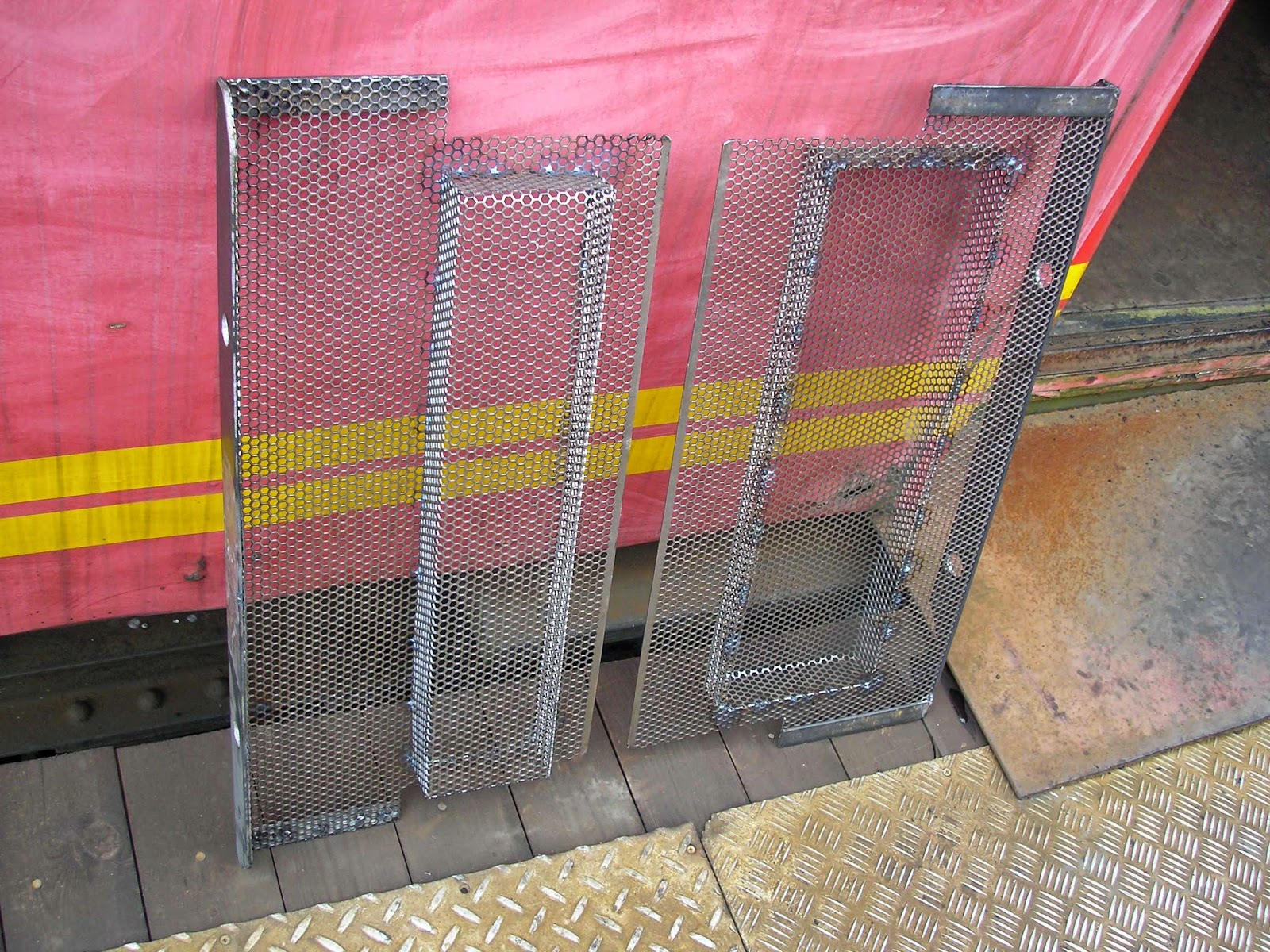 Sunday 14th
I called in briefly to collect boot scrapers and replenish stocks in the two cafes.

David, Bruce & Gil were still working on these screens.  Not trivial.  Partly because of the strengthening we have put on the damper doors (to stop them warping with the heat) the mess can not be flat!  Little "boxes" have to be welded in, to miss anything that sticks out.  The damper doors have to close flush, of course, to prevent air influx when it is not wanted.

Monday 15th
I managed to snatch a couple of hours during the late afternoon, and discovered David, Bruce and Gilbert working on the loco.  I think they had been home since Sunday …

Gil removed the spacers on the safety valves, and Carpo was then able to fit them properly.  He also adjusted the tender brake …. ah-hah!  When weighing the tender on Saturday, the tender brake had been on!  Hence it jammed the wheels, and hence they did not weigh correctly!

Bruce continued fitting cinder screens to the dampers, while Gil & David fitted the spark arrester in the smokebox. 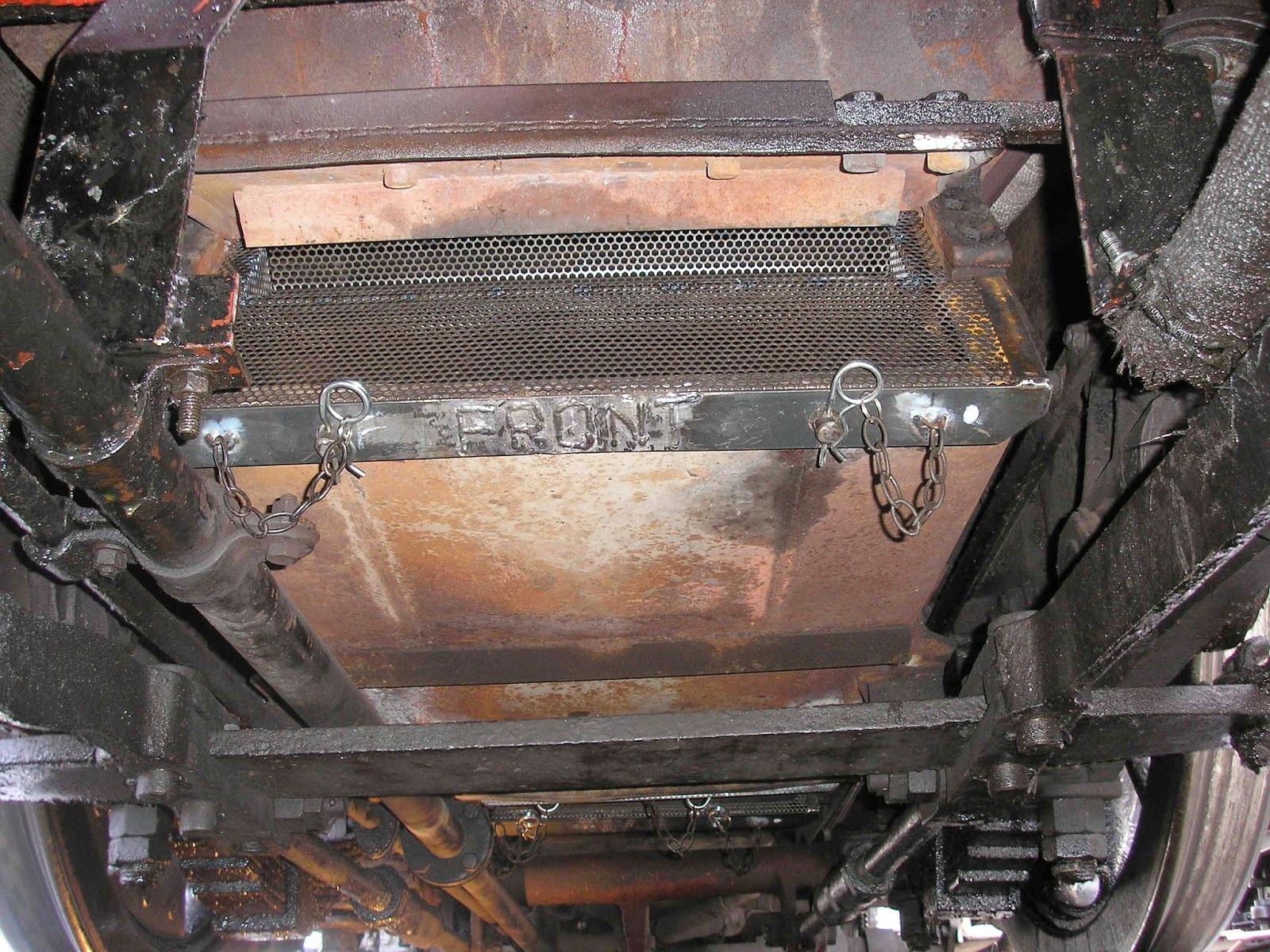 Tuesday 16th
David was at Todders all day (until 4.30) finishing off the build & weld of these screens.  Just one remained as not a perfect fit.

Wednesday 17th
Bruce fettled the final screen and made it fit.

Mike & Gil weighed the tender, and the loco (again) to have a single set of results.

I got to work on preparing rail chairs.  There were 11 cleaned by the time I was called away (3pm), but I did have time to paint their bottoms!

* To weigh the loco/tender, each wheel is jacked up by a miniscule amount - only just sufficient to get a thin feeler gauge between wheel & rail to prove that it is in the air.  This minimises the difference between actual weight and the difference caused by raising the wheel against its spring.