Tuesday 2nd August
I nipped down to Todders at 7 pm to put out some cones to keep the area clear where the lorry might need to stand when dropping off the container.

Wednesday 3rd
Lorry broke down. Not coming today after all.

Bruce, Gil & David M. seized the opportunity to play with the loco. Gil wanted to remove a cross-head to see if anything could be gleaned as to why the oil flow is too fast (hence warming up the slide bars).

John G arrived, but Gil sent him off to Winchcombe to assist Fred on the siphon. C&W had advised us that they can shunt the siphon out on Saturday, and into their workshop. The firm who do the shot-blasting can do that next Wednesday, apparently; hence the need to make safe everything in and around the siphon. Mike W came and helped during the afternoon. Carpo lent a hand, too. Nothing found amiss. Bruce wonders if it is the piston rod getting too hot (which then heats up the cross-head).

Fred reported:
“Today I cleared all the rubbish from under the siphon - nothing should foul during shunting. All our material which was leaning on the siphon is now leaning on the entrance scaffold. The white steps when removed will mean the scaffold can stay where it is - they might just go past anyway if it was moved an inch or so.

I think that we should maybe wait until we know when [roof] painting can take place before buying the paint.”

Thursday 4th
Container started out on one lorry and had to be transferred to a second for delivery. First lorry got held up trying to get round London, causing the driver to have to take an enforced break. So, the ETA of 15.30 turned out to be 16.45. Nevertheless, the driver clearly knew what he was doing, and worked most efficiently. There was nothing that Neil C and I could do to help. Mind you, if I was the owner of that little white BMW, I’d have been having a fit!!! 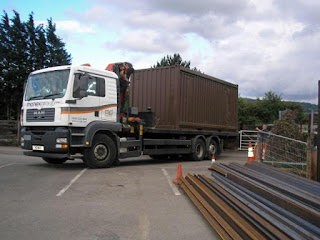 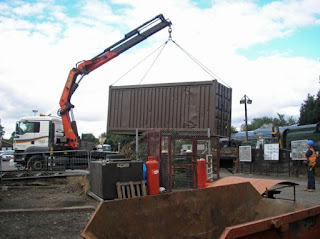 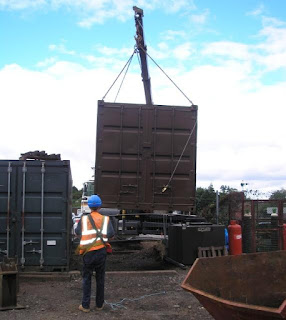 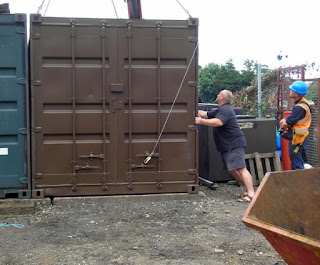 Saturday 6th
Fred and Bill finished making the siphon safe to move. Fred says: “The pic I sent shows the siphon without the white "running boards", they have been removed by Geof and myself to enable access to the frame and pipework behind, for the grit blasting.” So the siphon was last seen parked outside Carriage & Wagon, waiting to go in and be lifted from the bogies. 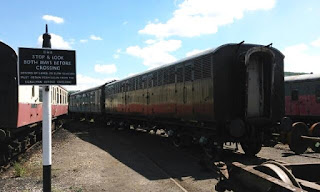 Fred and Bill later came to help out at Toddington.

By the end of the day, we had erected three shelving units, moved two filing cabinets plus two work benches (the second one is only 4ft) into the container. We were shattered! 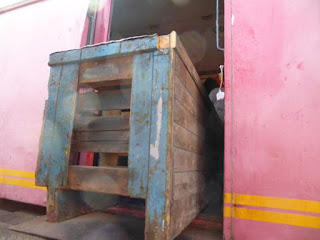 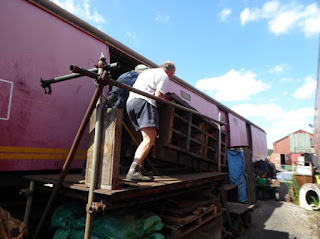 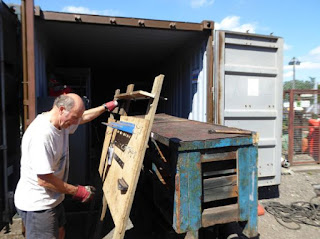 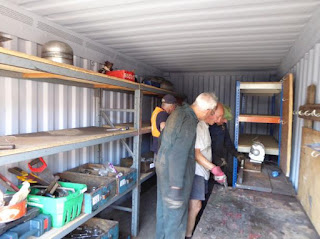 My thanks go to Steve for the above shots of moving the bench from TPO to container.