One of the last actions before Lockdown 1, in March, was the dispatching of the Boiler from GWSR to Ian Riley’s Engineering in Bury, see previous report on the blog submitted by Steve Price.

Like many businesses Riley’s had to close during the 1st Lockdown so work did not start on our boiler until June. The first things were to remove some of the smoke box internals and then the smoke box itself. As well as the boiler overhaul they will also be repairing parts of the smokebox. 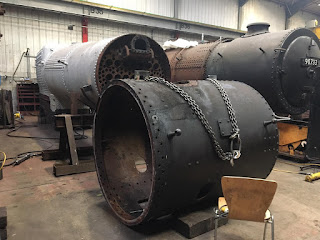 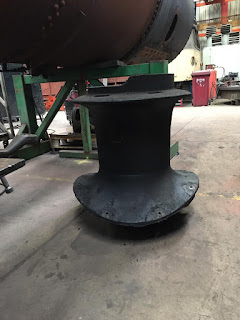 The CSPL support team had removed many of the small tubes before the boiler was sent to Riley’s. It was left to them to remove the remainder of the smaller, and then the flu, tubes as part of the preparation for the Non-destructive testing (NDT) and British Engineering (BEM) inspection. 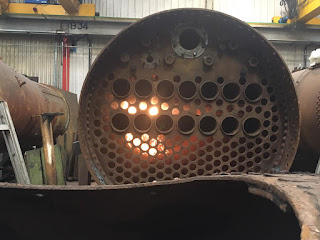 A further part to be removed was the firebox foundation ring which needs repair work as part of the overhaul. Most of the studs have been removed in readiness for the boiler to be turned on its back and then the foundation ring lift clear for further inspection. 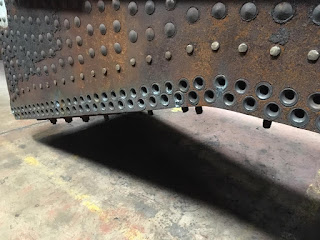 The NDT work and BEM inspection has now been completed (Sept-Oct 2020) and the HGO management team will be meeting with the Riley’s team via a Zoom Meeting to review these reports and finalise the Statement of Work for our boiler. This we hope to complete before the end of November so work can then be planned, and the overhaul of 2807 boiler commence. This will be a massive milestone for our group and marks another stage in the process of 2807 being returned to steam. I will let you know via this blog progress on the work with Riley’s Engineering and the boiler

In addition to the Boiler work at Bury, Riley’s have been subcontracted to complete the re-bore of the cylinders at Toddington on the GWSR. In September a member of Riley’s team spent a few days at the GWSR, supported by our team, to re-bore both cylinders. 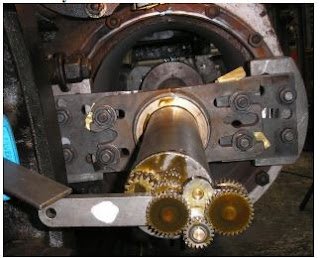 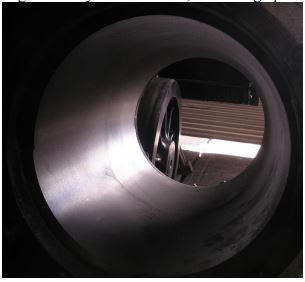 The final measurements for both the RHS and LHS cylinders, see next pictures, these will now be used to manufacture new piston heads along with replacement piston rods.

As you will see from this report things are progressing with the overhaul of GW2807. Keep popping by to see further updates and reports on this blog.