This is No. 2807's first gala at her GWSR home because her restoration was completed just after the last major GWSR steam gala.  So this was the first opportunity at the GWSR to see this freight engine doing what she was designed to do.  And here's the proof: 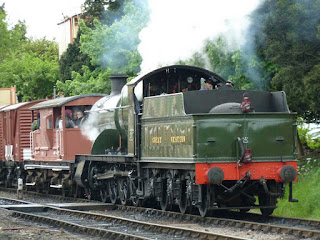 She effortlessly hauled the train of 14 wagons and two brake vans as though it was nothing. 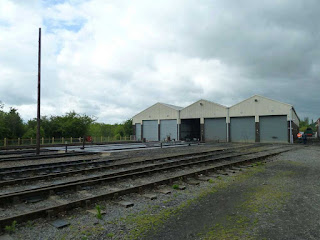 The yard is hardly ever empty like this, but all of the steam locos were in use (even the spare engine) and diesels were in the sheds creating this unusual scene.

Later in the day 2807 posed on the parlour road behind her notice board. 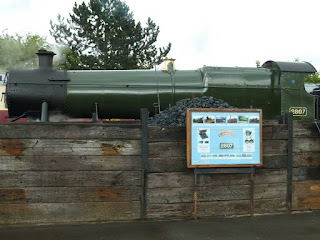 Three more days to go and plenty of opportunities to see 2807 and the other locos in action.