Saturday 9th
The busiest people on 2807 today seemed to be the two Johns - Cruxon & Hancock [Loco Dept}.
There were just a couple of plugs left to be fitted, so the hose was hooked up to the blow-down valve and water fed into the boiler while Gil shinned up the ladder (with John T standing on its bottom rung) to fit them. One plug was failed and had to be replaced with a new one. Basically, it fitted too deeply into its hole.

The two Johns lit a fire, but (IMHO) there was not sufficient time to do a steam test. White waiting for some pressure on the gauge, the Johns repacked various glands (the ejector valve, regulator, and blower) and straightened the shut-off tap on the hydrostatic lubricator. It appears that it had suffered a blow - apparently a similar thing happened on Foremarke Hall.

Most of the day, John T and I played with rail chairs - cutting off bolts, grinding their bottoms flat, needle-gunning and finally slapping a bit of paint around.

Not a very exciting day, and by 4 pm there was no sign of any pressure on the ‘clock’, so the three of us poodled off home.

Sunday 10th
Bruce reported: “I arrived at about 9.45 to find that Mike S (dept) and Rob had put a fire in but then found that the paperwork was not complete. During the boiler inspection the stay test had not been done or the results had not been recorded, this put a question mark on the steam test.

It then got worse! There was about 20 psi on the clock and the plugs all seemed OK but there was a small amount of damp around one of the mudhole doors. Mike suggested we nip them up so Rob, wielding spanner, went round them all. Unfortunately, on tightening two of them (rear bottom and bottom right front) the seal blew and water poured out.

This put a stop to any test so the fire was raked down and the boiler topped up to compensate for the leaks. Yes, the injectors worked at 20 psi.”

Wednesday 13th
Mark Y had replaced the two mudhole doors’ seals and was in the process of carrying out the steam test this morning. Sadly, another mudhole door sprang a leak. A couple of washout plugs also appear to have a wisp of steam emanating from them. Steam test abandoned! But she did get up to 200 psi today with no other problems.

Bruce decided that it was judicious to assist MY by working on Dinmore Manor’s washout. Bruce dismantled the (water) gauge frame and cleaned its innards before reassembling it. Then he removed the mudhole doors and cleaned them ready for refitting.

With loco hot and fire in, it was not feasible to attempt any other maintenance. However, I spent a few moments examining the ashpan sprinkler pipe. The pipe has broken on the RHS, so we intend blanking it off. There’s an elbow at which this can be done. The LHS will still work. 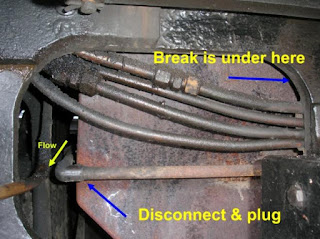 Thereafter, the two Johns & I reverted to boot scrapers. The Flag & Whistle had sold six this week. 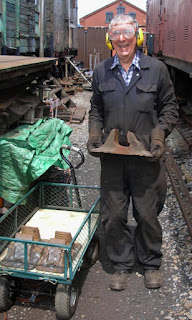 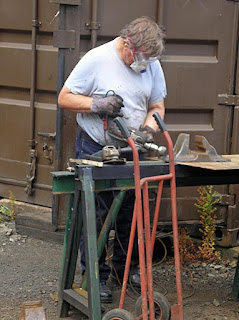 Bruce was dismayed to discover that the new clacks (that he fitted only a couple of weeks ago) are leaking! Having refurbished the old ones, they are going back on as soon as she’s cool enough! One effect not seen until Saturday was a fountain erupting from the top of the pep pipe cock once pressure had built up. This cock is a constant source of trouble and needs to be replaced with an improved design. 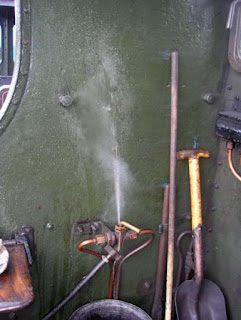 Friday 15th
I arranged with Bruce to spend a short time to drain the boiler and remove four of the mudhole doors yet again. However, Mike S had drained down, so Bruce removed the doors and cleaned them before I’d arrived! Mark refitted them circa 4.30. A warming fire was then lit (circa 11 pm, I understand).

Saturday 16th
Someone (probably Mike S) had lit a fire by the time we arrived. The tender was a tad low on coal but well full of coal dust! So, we spent the first hour shovelling it out into the JCB bucket! 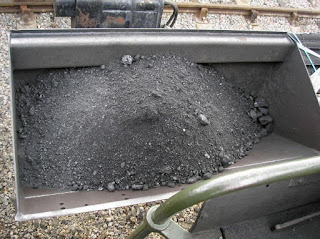 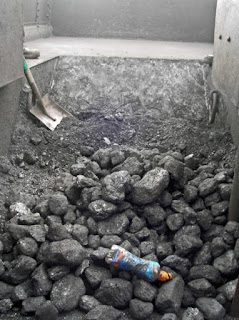 Thereafter, we were largely tending the fire and gently bringing pressure up. Mark Y had managed to find some instructions regarding the fitting of the mudhole door seals. This is the first time we’d seen any guidance from the manufacturer. It looks as though we were not entirely doing things correctly. Firstly, don’t warm the gaskets before fitting because this may start the rubber to cure too soon. Then, don’t tighten the newly fitted doors more than half-a-turn. The guidance then says that some leakage is “not uncommon” during the initial steam raising stage - don’t panic! When everything has cooled down, apply a specific force using a torque wrench.

By mid-afternoon, things were going swimmingly … 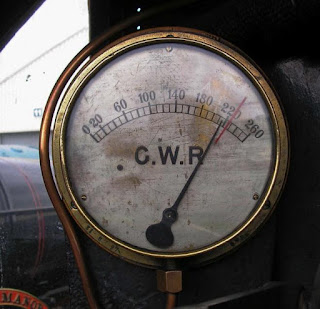 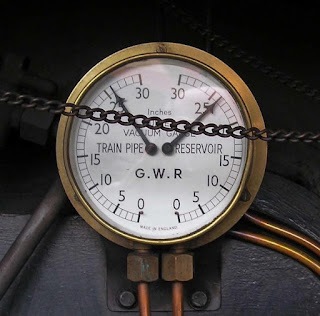 The first safety valve lifted at 215 psi; the second at 219 psi. Vacuum was just a tad high. We carried out various scheduled tests: both injectors work fine; gauge frame operates correctly; nothing leaking in the smokebox; whistles both work; and so on. A couple of hissing doors, but according to the guidelines … don’t panic! Mark signed her off as operational. Yippee!!!