2807 has been stood down for a couple of days during this week, which meant that Bruce & I could do a couple of things today (Weds).

However, she is rostered for Fire & Drive on Friday plus service trains over the weekend.  This means that Saturday is cancelled again.   :-)

Sunday 6th
I nipped down to the two cafes to check stock levels, then restocked.  I did a bit of lettering on the rail chairs in the production line.  However, I am becoming concerned that the stock that I amassed early in the year has shrunk, and more help may well be appreciated on making boot scrapers!

Once I've got the painting bug, I'll slap a coat on anything …. (caught moonlighting again) 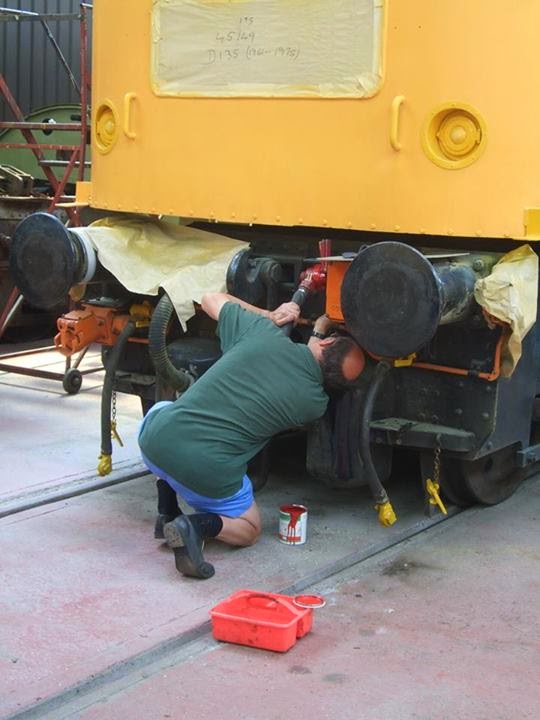 Woden's Day 9th
Bruce was sitting on top of 2807 when I arrived.  Issue 11 said that the safety valves were blowing off at 210 psi.  It didn't say which, or if one or both.  We presume it was the one that Bruce had to re-do the seat. Taking 10 thou off its seat meant that there was 10 thou more to the spring, which would explain why it blows off early.  So, Bruce was removing that valve's collar and the two spacers beneath it … except that he wasn't strong enough on his own!  So, I shinned up the ladder and applied force to the spanner while Bruce applied further persuasion to it.  That sorted it, and he was able to remove the spacers and take them to Carpo for him to shave 10 thou off each.  This done, Bruce was able to refit the spacers (on his own, this time).  Carpo approved it, and let's see what occurs. 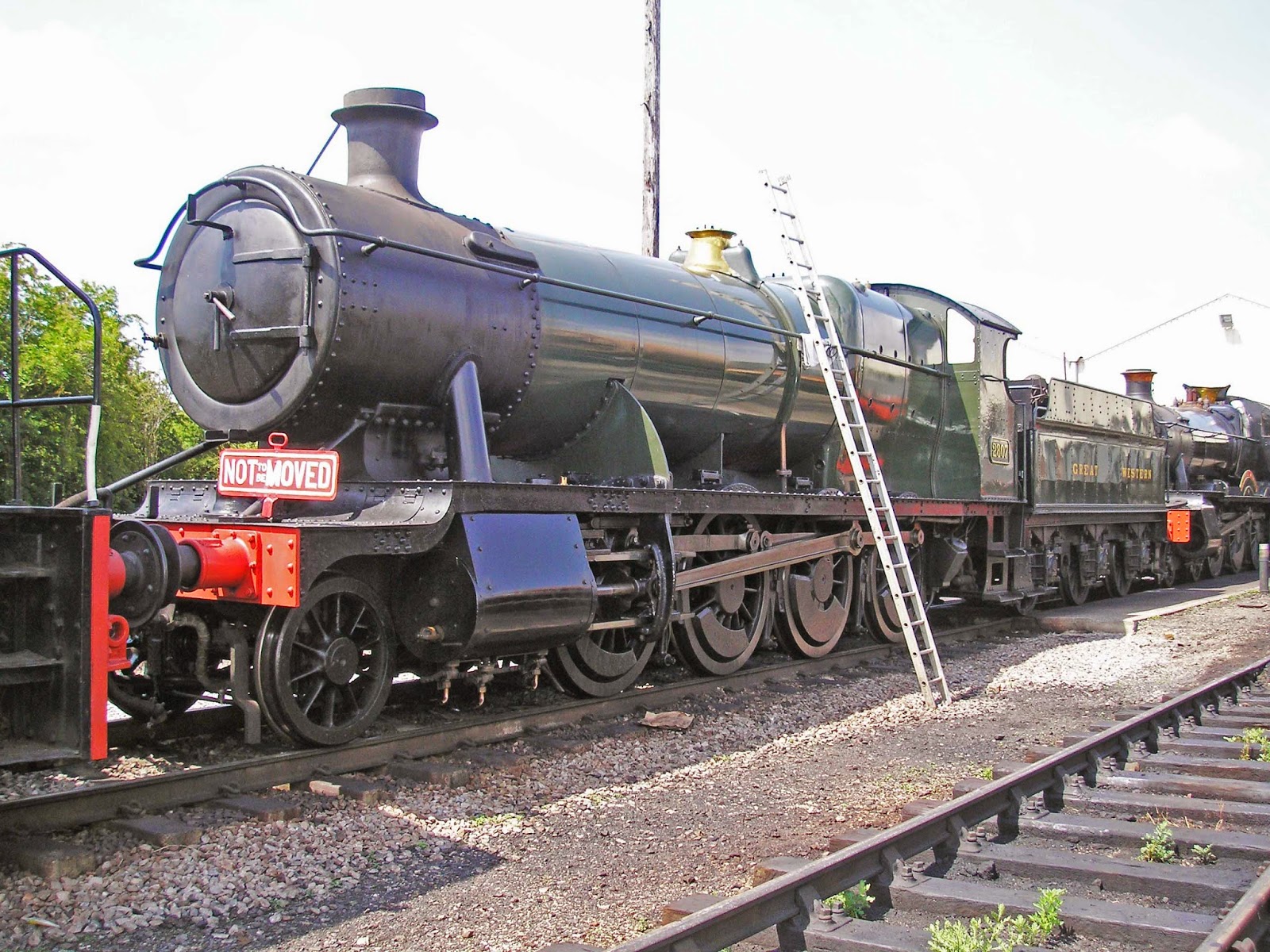 Issue 16 said that "all tender horn ties were loose".  That was a bit of an exaggeration, because it was obvious from examination that most of their nuts had not moved nor been touched for eons!  Nevertheless, I went round them all applying mallet and spanner.  Only two agreed to be tightened further!  [Photo of horn tie & nuts = the bit across the bottom, beneath the axlebox] 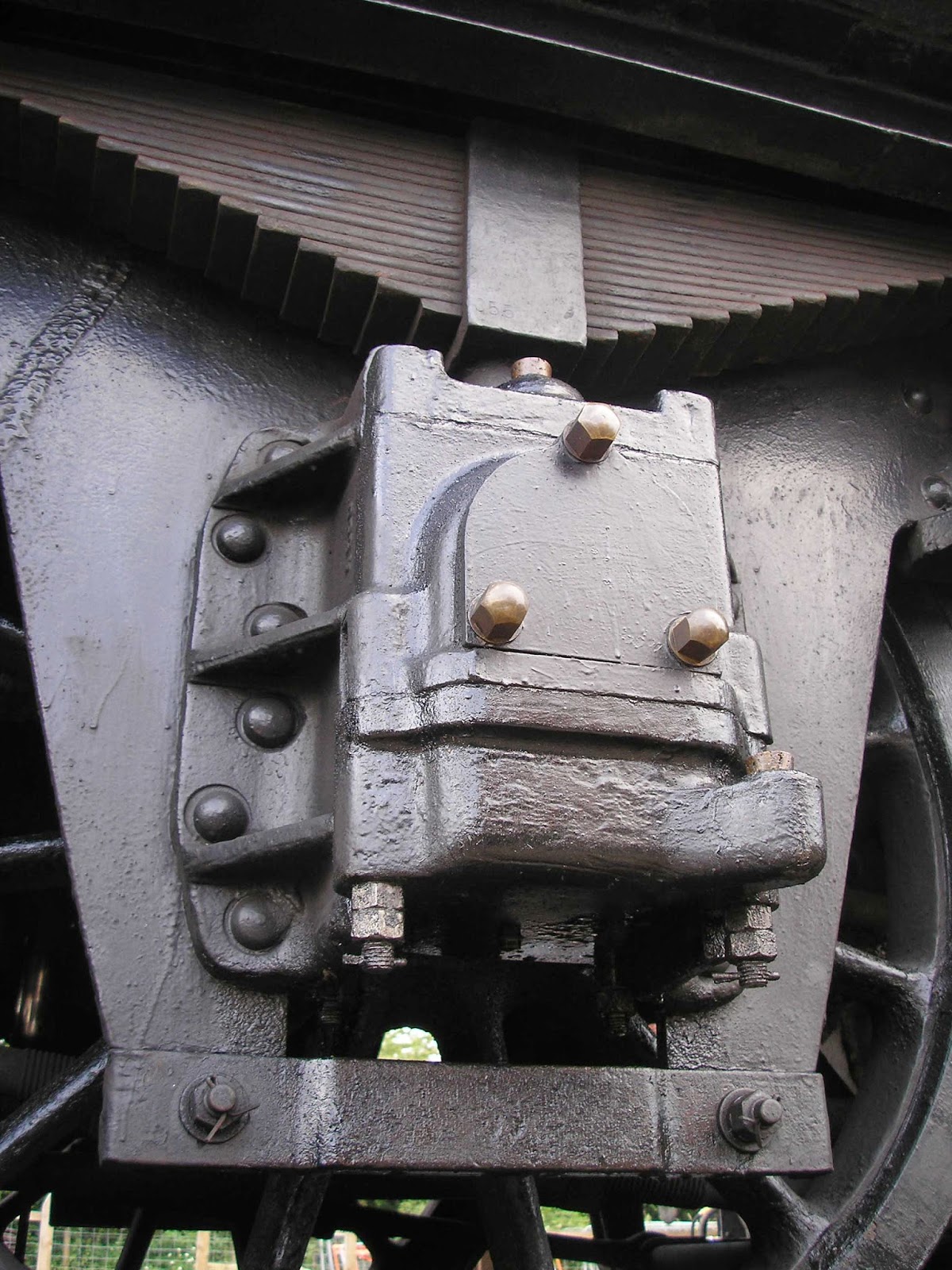 There's a new issue, raised last Sunday: [AB] 17: "Tender brakes slow to release."  When 2807 has been in service for a couple of weeks and then one person finds a fault like this, it makes me wonder.  Bruce says that it did happen once last year.  We can speculate on what could cause such a thing to happen, but demonstrating & proving it is close to impossible.

During the afternoon, Bruce helped me clean up 6 rail chairs.  Much appreciated.


Saturday is cancelled, because 2807 is rostered to be in service.

Sunday is bus rally day, and we have a stall in the car park at Todders.  Stuart has been crying out for help. Even I have been roped in to help!

Next Wednesday will be on!  Not sure what doing - possibly rail chairs / boot scrapers, if 2807 is still in service.