Monday 3rd
I popped down for an hour to complete our stock-taking.  Our Teddy Bears were disguised as FLA books, hidden in boxes on the FLA shelf!

While there, I painted lettering on the chairs and then assembled some of the boot scrapers.  With the railway closed for November, I would not expect to sell many boot scrapers …..

Tuesday 4th
Brian received news plus a message from NYMR:

Brian comments: " I think the email below is an amazing acknowledgement of what CSPL has done, and continues to do, to keep GWR2807 in service.

The message from NYMR: " I have to say we are sorry to see 2807 leave, it has been a big hit with all concerned, from crews to shed staff and to our ops people as a model of reliability and a real horse for our demanding course. I believe Clive and others have extended the invitation to make another visit in the future. You will be very welcome."

Brian (again): " I have just heard that Allelys have turned up today to pick up 2807. Clive and I have delayed them from loading the loco until after 3pm today. she will be back at the GWSR sometime tomorrow 5th Nov!"

Wednesday 5th
GWSR has asked that 2807 be positioned facing south when she returns.

I arrived circa 10.30, and 2807 was already tucked up in the yard.  I resisted the temptation to go and have a look, because brushes needed sanding and painting for boot scrapers. 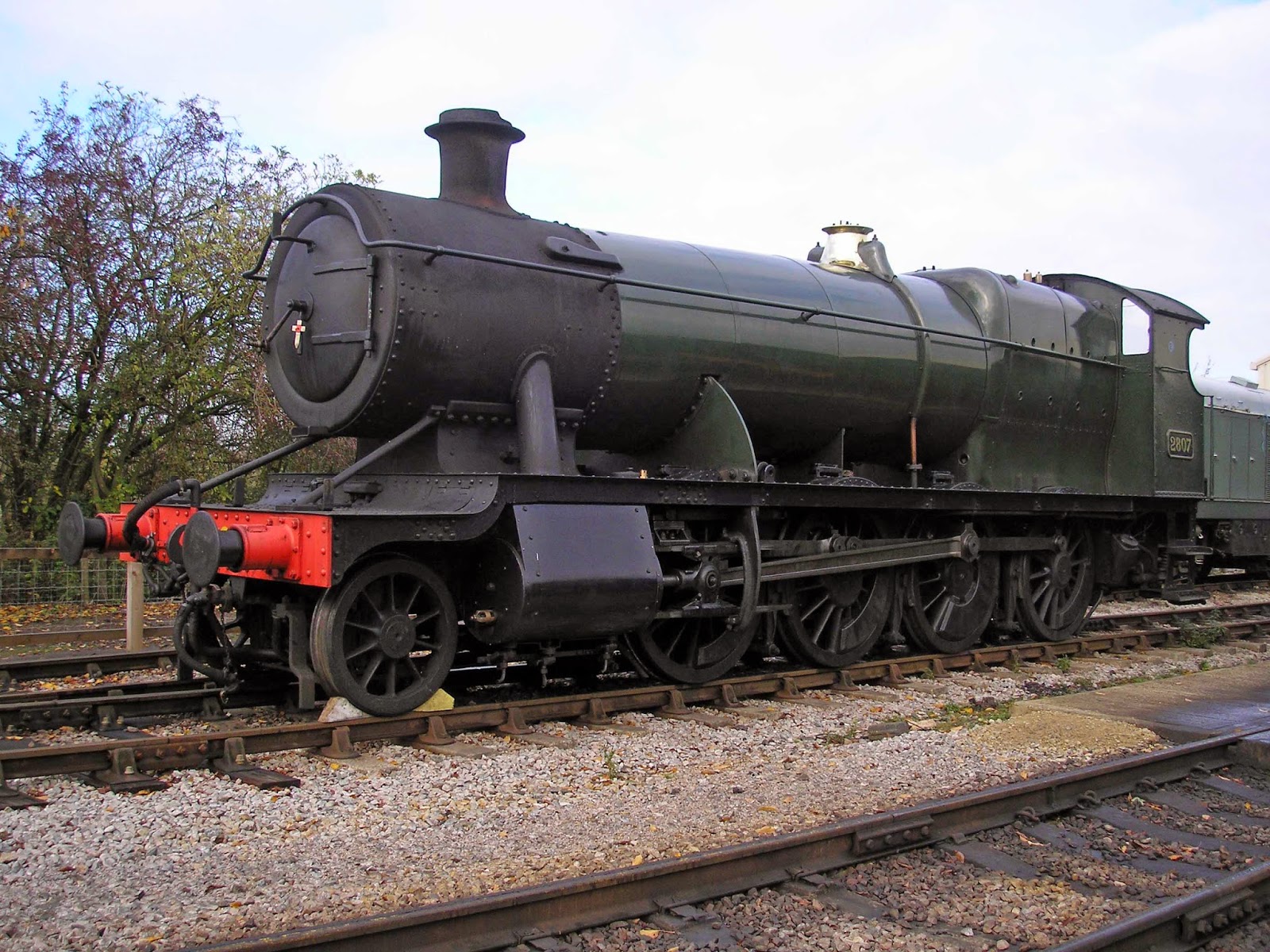 By 12.30, being on my own, I figured I might as well go home, so switched everything off and headed for the car park …. whereupon I spied a tender with Clive clambering all over it, doing an inventory; So, I felt obliged to join in! 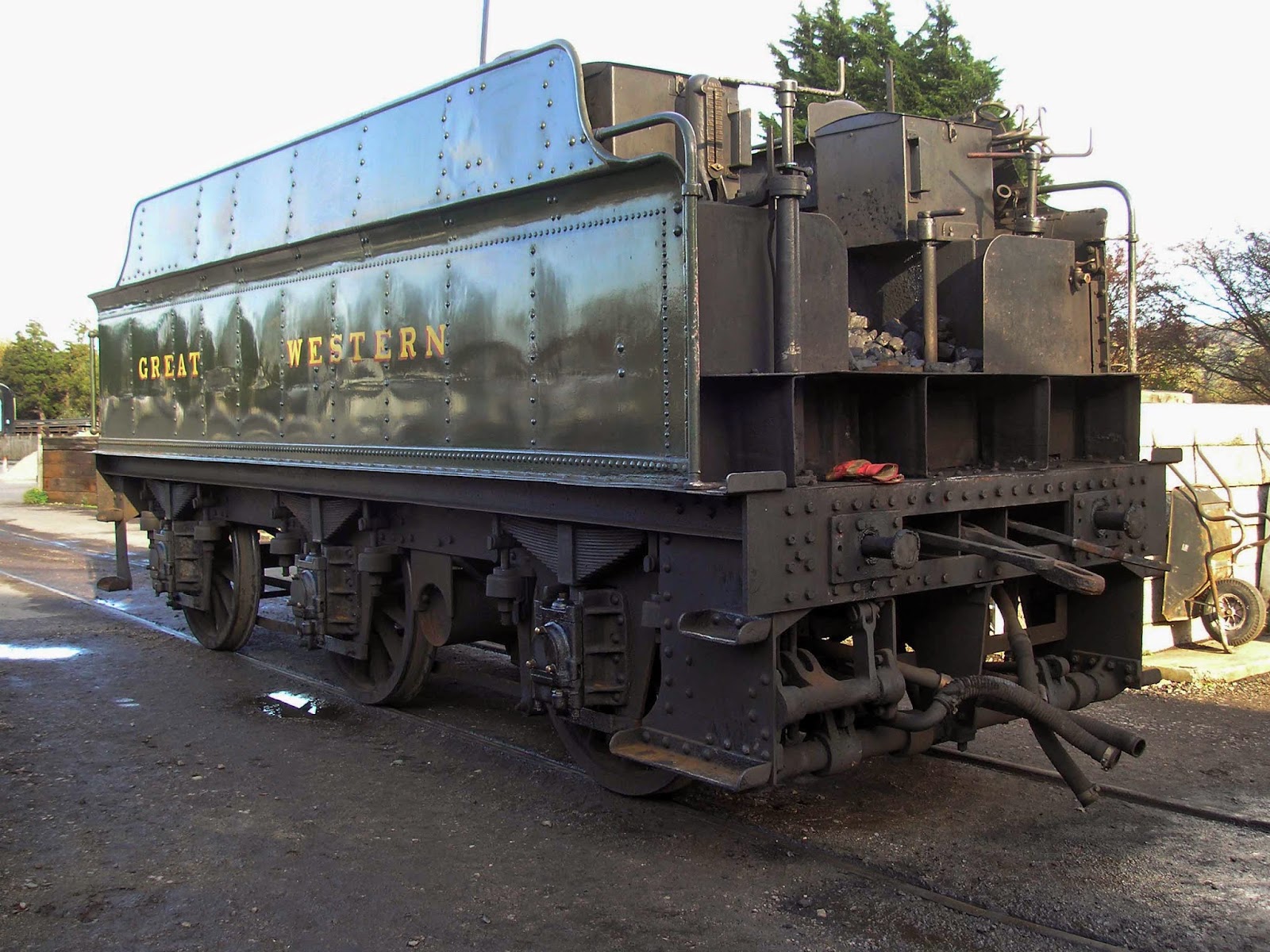 We searched all the nooks & crannies and found most of the things that went up to NYMR with 2807, but we couldn't find: chimney cap, short rake, coal pick, hand brushes, broom.  It transpired that Brian had already brought the coal pick back (possibly too dangerous to leave one with a Yorkshireman .. dunno?)

The only visible damage is to one of the links that connect the tender and loco.  It would appear that a heavy bit of shunting once the loco and tender had been separated caused the one link to get jammed up against the buffer, and become mildly modified in profile. 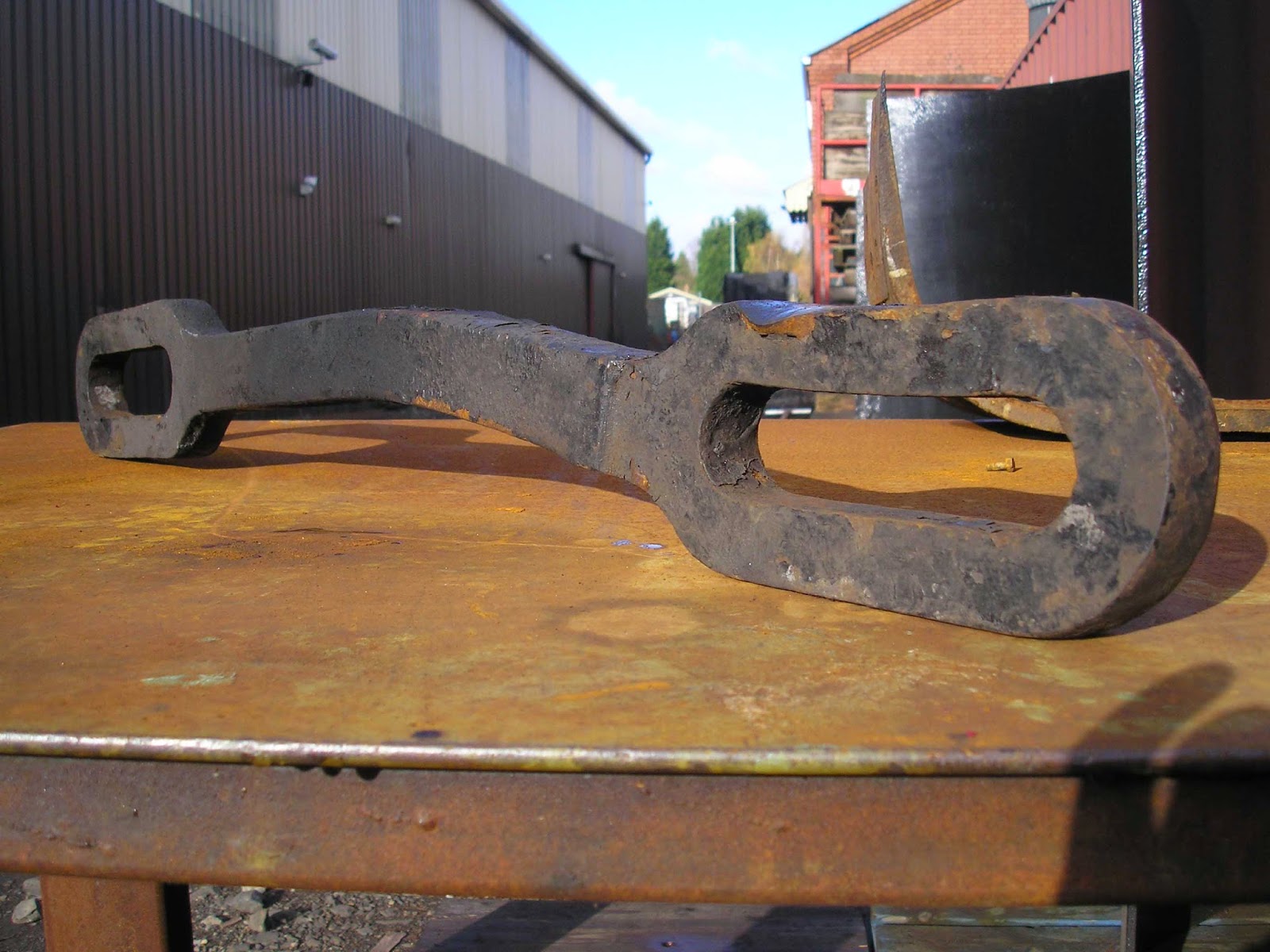 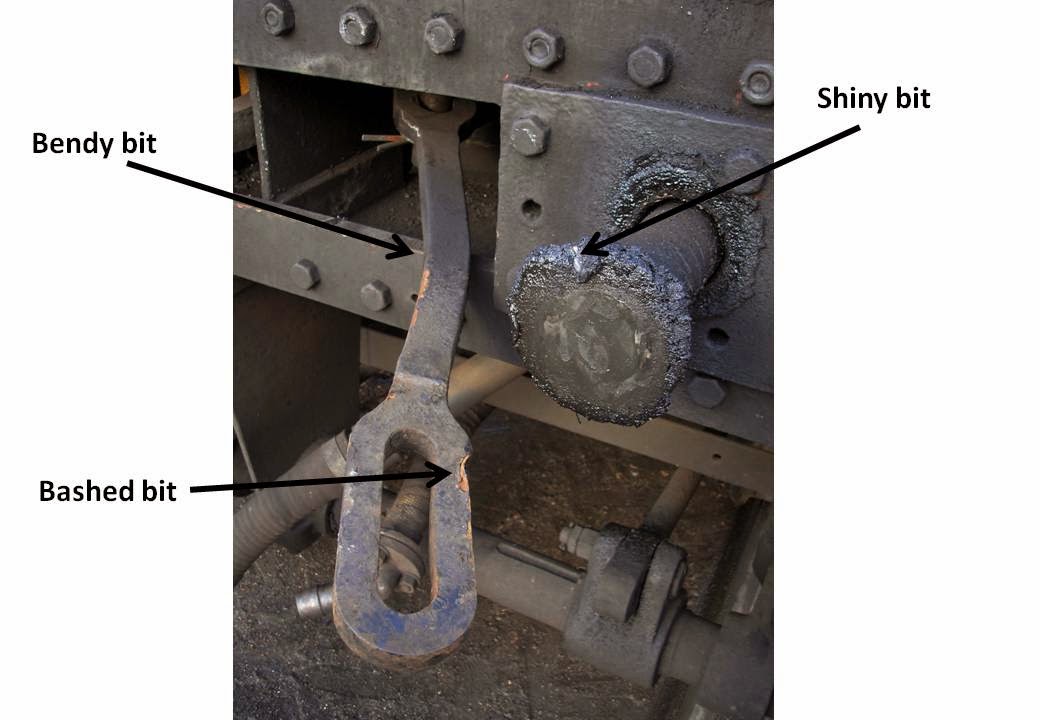 There's quite a list of issues found, but many of them were trivial and  fixed at NYMR.  They bent the RHS cab step by using a winch to pull the tender and loco together to couple them up when she arrived there.  You wouldn't notice unless it was pointed out.  Quite how they managed to break the handle on the smokebox door is a mystery, as it is the handle that locks the dart in place, and needs no force to turn it … provided you've undone the outer (locking) handle!

They lost a couple of the R-clips that are used to secure the ash screens in place .. despite us chaining them to the ashpan so that they couldn't lose them!  :-(

There's not a lot of meat left on some of the brake blocks!  In fact, on the record sheets, they had to adjust brakes quite often.

Bruce popped in out of curiosity, and spent ages inspecting various bits -especially the lubrication of the cylinder valve spindles (which is different on each of the 3 GWR locos at Toddington!).  We think that the lubrication pipes on the rear of ours are ineffective because they drip oil too far away from the gland to ever reach it during normal rod movement!  Anyway, that on the RHS of the Manor looks as though at best it will only lubricate one side of their rod.

I found the bell housing - it was in a toolbox.  I have loosely fitted it, just to keep the weather out of the pony pivot pin.

According to the NYMR record sheets, 2807 did 30 steamings up there (excluding the steam and clearance test before their gala).


All hands to the loco on Saturday, then?